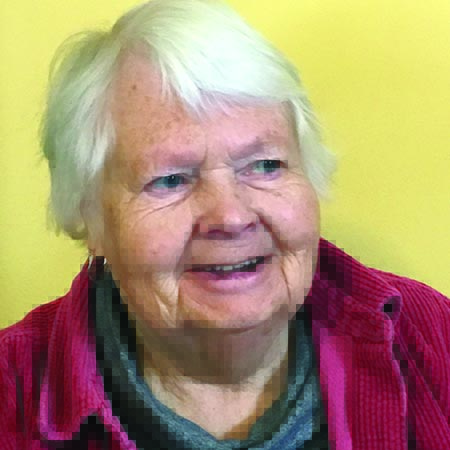 Playwright and poet Dorothy Johnson has regaled, captivated, and challenged many audiences over the years.

Resident of New Salem, Massachusetts, since 1971, she wrote the script and lyrics for musical comedies she directed for New Salem’s 1794 Meetinghouse. Composers Andrew Lichtenberg and Steven Schoenberg provided the music. A hallmark of her playwriting oeuvre involves capitalizing on the idiosyncrasies of players mimicking themselves to comic effect.

Dorothy operated the Common Reader Bookshop in New Salem with her partner, Doris Abramson, until their retirement in 2000. Long a bibliophile, she worked with MacMillan publisher in New York City in the 1950s and has, among much wider reading, encountered all of Dickens several times over.

Known for her pungent quick wit and humble, decent heart, Dorothy grew up in South Hadley, Massachusetts, where she
was born in 1933. Her family left a rented farm in Enfield, Massachusetts, one of the towns drowned to make way for Quabbin Reservoir to serve Greater Boston.

Dorothy attended public schools through ninth grade, when she went to Macduffie School for Girls in Springfield, Massachusetts, where she graduated in 1950. She holds a BA in English from Mount Holyoke College in South Hadley and an MA in theatre from Smith College in Northampton.

Dorothy began the poems in My Heart Remembers with “Shepherds” in 2019.

She writes the “Quiet Places” column for Uniquely Quabbin magazine. 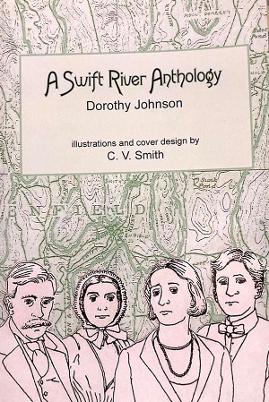 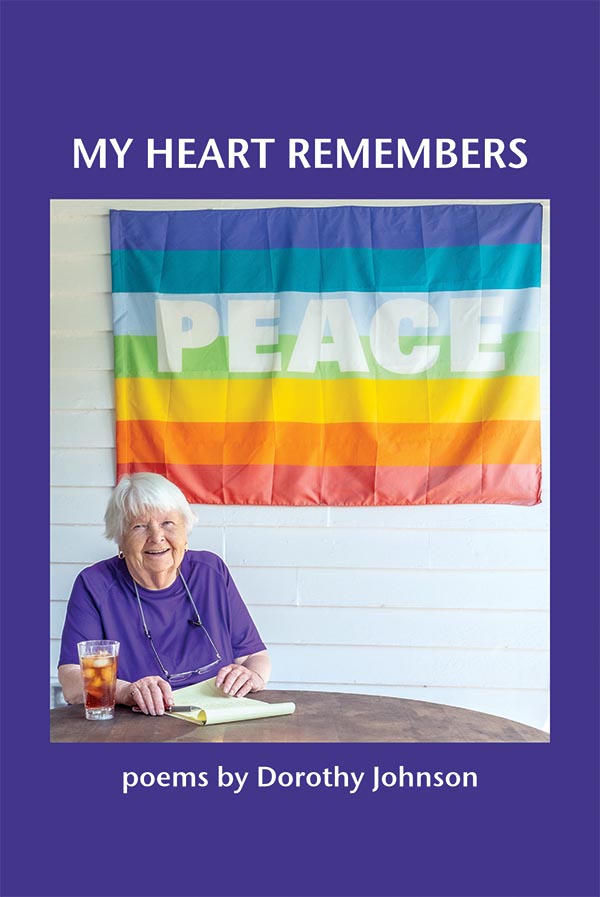 Dorothy reads from My Heart Remembers

at Stage on Main in Orange in September 2021. 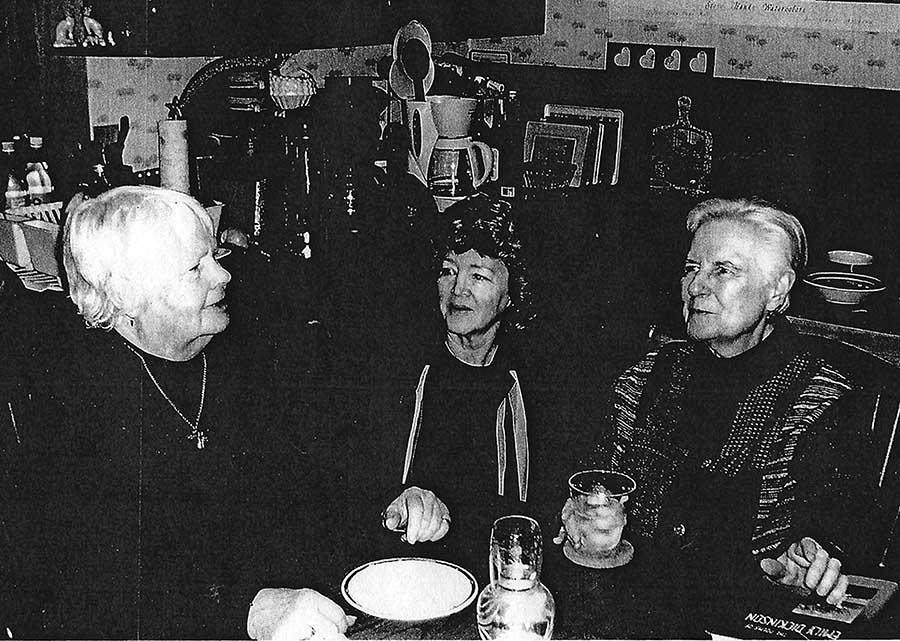 In their New Salem, Massachusetts, kitchen, Dorothy, left,  and her partner, Doris Abramson, right, talk of many things with their friend Ann Kline.